What Is a Flower Essence?

What Is a Flower Essence?

What is a flower essence? It may sound like something new and fleeting but flower essences, also known as flower remedies, are an ancient botanical healing modality that has withstood the test of time. Flower essences have been around since ancient times and have been used to facilitate emotional healing.

The earliest recorded use of flower essences comes from Ancient Egypt where their use was documented on papyrus scripts. There is also evidence that suggests they were used in Ancient Mesopotamia. Their primary function was to address and rectify psychological problems and mental and emotional imbalances.

Each flower has a different healing theme as some flowers may be good for confidence while others may be for things like  trauma or overwhelm.  This specialized knowledge that the flowers contain can benefit others in the form of a flower essence.

Is a flower essence the same as an essential oil?

What is a flower essence made of? 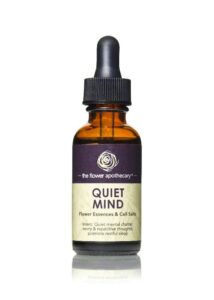 Flower essences are used for the purpose of emotional healing. They are used with the aim of balancing a variety of negative emotions such as grief, trauma, loss, self-acceptance, self love, personal growth and more. For example, The Flower Apothecary blend called Fearless helps with the emotional healing of fears. Quiet Mind helps diminish repetitive thoughts that may prevent one from being able to fall asleep.

While flower essences are very effective in addressing emotional imbalances. You do not have to feel bad to use them and experience their benefits. Flower essences can be used as a part of a self care routine. Just as you brush your teeth everyday to maintain good oral hygiene, you may take your flower essences to maintain optimal emotional health.

They are not used to directly address physical pain or physical injuries or specific physical ailments like for example, carpal tunnel syndrome.

Let’s look at the history of Flower Essence Therapy for a deeper understanding. Flower essence therapy originated from the practice of dew gathering. The earliest European recorded use of flower essences was by Hildegard von Bingen. She was a 12th century German nun, writer, composer, philosopher, mystic, and visionary. She reportedly covered flowering plants with muslin sheets and would leave them covered overnight.

In the morning, the cloth would have absorbed all the dew from the flowers. She would then wring out the dew from the muslin cloth and save it in containers to give to people as medicine for their emotional ailments. She was also reported to leave the dew in the muslin sheets and have the nuns wrap the patient in the dew-soaked sheets.

Paracelsus the 16th Century Swiss physician, botanist, alchemist, astrologer and occultist was also documented as using flower essences in his practice. Paracelsus was reported to collect morning dew from flowers and give it to patients as medicine for their emotional ailments.

Indigenous peoples of the Americas and Australia also recognized the healing qualities of flower essences. Indigenous Australians would use them as part of healing ceremonies to resolve emotional imbalances.

They had a ritual where they would dig a large hole in the ground and fill it with specific flowers related to their emotional ailment. They would put the person who they regarded as sick in the hole and they would use heat and water to create a sauna effect. The heat and water would activate the flower’s healing potential and it would infuse the person in the hole with healing for their ailment.

Arabian Peninsula: Additionally, ancient traditions surrounding holy water from the Arabian Peninsula, modern day Saudi Arabia, called “Zam Zam Water” suggests a methodology similar to how to create various flower essence potencies. There is a well in the Arabian Peninsula called Zam Zam of which this holy water emerges and is named after. Tradition has it that if you take a few drops of this sacred water and put those drops in any other type of water, that water will turn into Zam Zam Water. This is similar to how in flower essence therapy the mother essence, also known as a mother tincture is diluted to a specific potency like the stock potency which we referred to earlier.

The most well-known historical figure in the field of flower essence therapy is undoubtedly British Physician Dr. Edward Bach. Dr. Bach was a Medical Doctor, Bacteriologist, Immunologist, Pathologist, Surgeon and Homeopath who gave up his successful career to research flower essences.

He was influenced by the work of Samuel Hahnemann, the father of homeopathy.  He gave up the practice of medicine and created a system of healing using flower essences. He researched wildflowers, mainly ones growing in the English countryside. Some of them, like Agrimony, had historical relevance in mythology. His research led to the standardization of flower essences. From this point on, everyone that came after him used his methodology more or less to formulate flower essences. He used 2 different methods of creating flower essences: (a) the sun method and (b) the boiling method. He put forward a set of flower essences that corresponded to what he referred to as “soul states”.

Although he didn’t make any associations, these 12 were speculated to correspond with the 12 zodiac signs. Dr. Edward Bach went on to expand these 12 remedies and create the 38 “Bach Flowers” or “Bach Flower Remedies”.

Of the 38 Bach Flower Remedies, one of them, rock water, is not made from flowers but rather it is made from the water of a natural spring. Bach Flower Therapy is still in wide use today and there are certification courses available for those who wish to study and be certified in Bach Flower Essence Therapy.

Although all 38 remedies are currently being distributed world wide, Rescue Remedy, remains the most well known of the Bach Flower Remedies. Rescue Remedy is the only combination remedy Dr. Bach created and it contains a blend of 5 flower essences of Cherry plum, Clematis, Impatiens, Rock Rose and Star of Bethlehem. Crisis Intervention from The Flower Apothecary range of flower essence blends contains the 5 flowers that are used in the Rescue Remedy blend with the addition of Sweet Chestnut Flower Essence and Nigella Damascena Flower Essence as well as cell salts.

How and when do I use flower essences?

Best practice dictates that you take 4 drops, 4 times a day directly in your mouth or in a beverage of your choice. It doesn’t matter if the beverage is hot or cold. The morning dose and the evening dose are the 2 most important doses of your day. You may take flower essences right when you wake up, around lunch time, late afternoon and then again before bed. If you feel you will forget to take your flower essences, fou may also just put 16 drops in a water bottle that you sip all day long. You may also use them topically in a mist format or in a bath alongside your favorite bath salts.

Do flower essences really work and how long will it take to see results?

Perhaps the most interesting study conducted on the efficacy of flower essences was conducted in Italy on crystals. The significance of conducting a study on crystals and getting a result is that one cannot claim that the result was due to a placebo effect.

Italian geologist study; Rossi and Setti: 2 Italian geologists studied the interaction between the Bach flower remedies and crystals. They found the flower essences increased the inherent properties of the crystals as they cooperate with “the exact inherent force”. Flower essences do not change the property of the crystal but increases its inherent property.

A pilot study on the use of flower essences in children with a diagnosis of attention-deficit/hyperactivity disorder showed them to be effective in reducing inattention and hyperactivity as measured by 2 Attention Rating Scales.

The flower essences used were as follows: rescue remedy, (a combination of impatiens, clematis, star of Bethlehem, cherry plum, and rock rose), vervain, crab apple, and walnut. They randomly administered these flower essences or a placebo to 10 children aged 5 to 12 years who were being admitted to partial hospitalization at Penn State Hershey Medical Center.

Flower essences are very effective tools to have in any home health care cabinet. Generally, you can begin to feel a shift in your mood between 1-3 days of use. Their effects are cumulative and best results are obtained from frequent use. The rule of thumb is that you are to take a flower essence 1 month for every year you have had the issue you seek to remedy. Flower essences can also be taken on an as needed basis. For example, you may take Pure Confidence Flower & Gem Essence blend for a dose of confidence before a job interview. You may take Fearless before a dental visit. Flower essences are so vast. There is a remedy for nearly any emotional ailment you are looking to address. Explore The Flower Apothecary range of flower essences to find something that is right for you.

© 2020 The Flower Apothecary. All rights reserved.
The statements regarding this product have not been evaluated by the Food and Drug Administration. This product is not intended to diagnose, treat, or prevent any disease. The information on this website is designed for educational purposes only. It is not intended to be a substitute for informed medical advice or care. You should not use this information to diagnose or treat any health problems or illnesses without consulting your physician. Please consult a doctor with any questions or concerns you may have regarding your condition. Informational material and representations have been provided by the manufacturers of the listed product.